Keep up to date with the latest job related news 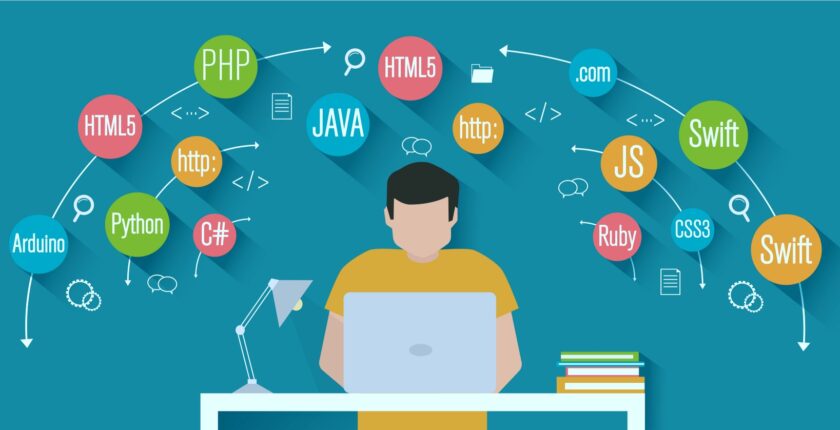 Which programming language should you learn?

A programming language is one of the most powerful skills you can have in the job market today.

Competency in the field of programming can provide a massive boost to the value you provide to your employers, and programming itself has become an increasingly attractive occupation.

There is a clear interest in beginner coding courses as a result, with many South Africans keen to enter the programming profession.

Arnold Graaf of CodeCollege and Katie Wilter of WeThinkCode previously told MyBroadband that learning to code is a great idea because the profession is always in demand.

Additionally, Graaf said that another benefit of learning to code is that it helps to teach you problem-solving skills.

Wilter told MyBroadband that “new coding languages will constantly pop up and it is vital to be able to draw on your existing coding knowledge and adapt to the latest cutting-edge tech stacks”.

However, for a beginner it is important to learn specific languages.

“You need to know what you want to do with code. That will help direct what you start learning and will also guide you in choosing a practical project to get started on,” added Clint Clark, cofounder and CTO of CodeSpace.

So which languages should a beginner learn?

MyBroadband spoke with CodeCollege, WeThinkCode, and CodeSpace to unpack the value of various popular programming languages.

According to Graaf, Java is still the most widely used back-end programming language.

WeThinkCode echoes this sentiment, saying that 90% of Fortune 500 companies have used Java to develop apps and back-end systems.

One of its benefits is that it is platform independent, said CodeSpace – designed with the “Write Once, Run Anywhere” maxim.

They add that Java is largely used in client-server web applications such as email, too.

However, due to its strict language which allows for no shortcuts, it has a fairly steep learning curve.

Graaf recommends Java as a first language to learn, as it will be a breeze to switch to other languages after learning it.

C# is a general-purpose language and was originally designed by Microsoft to develop apps on its platforms.

WeThinkCode said the language is pleasant to use and is well-designed.

According to CodeSpace, C# is present in most of Microsoft’s products, making it a highly-valuable language to learn.

C# is also the recommended language for those wanting to develop games through the Unity game engine.

The core syntax is similar to that of Java, and much like Java it is a language for which there are many job opportunities.

Graaf said that C++ was the first true object-oriented programming (OOP) language, and languages like Java and C# were based upon it.

However, it is a very difficult language for a beginner to learn and is primarily used in complex fields such as security, encryption, and financial systems.

According to CodeSpace, an accessible and fun route into C++ is by learning to programme Arduino-based robotics kits.

CodeSpace adds that C++ is also used extensively in AAA game development by the likes of PlayStation and Xbox.

Graaf recommends that one learn a language like C# or Java before transitioning onto C++.

WeThinkCode said that Python is great because it lets programmers automate “the boring stuff”.

Graaf said that while it is easy to learn, you should be beware of neglecting programming disciplines if learning it – especially as a beginner.

He added that Python is one of the top three languages worldwide, and is still growing.

CodeSpace agrees, saying that Python is in fact the fastest-growing programming language in the world.

It is particularly useful for machine learning and data science.

Graaf said that PHP is a web-oriented language and is the quickest language to learn if you wish to develop a full-stack web application.

He said that WordPress is written in PHP, meaning there is a lucrative market for writing WordPress plugins.

It is also used more generally across a wide market of companies, and given that most universities teach juniors Java or Python, PHP developers are often in short supply.

According to CodeSpace, since the release of PHP 7 the language has seen a strong resurgence.

Markup and style sheet languages HTML and CSS are the “foundation of any website”, said WeThinkCode.

They add that even if you’re not interested in web development, these are important to know and understand.

Graaf added that many employers automatically assume developers know how to use HTML and CSS.

According to Graaf, JavaScript is the most widely-used programming language in the world because “it runs and lives in the browser”.

He described JavaScript as “the glue between HTML and CSS, making the front-end truly powerful”.

It allows you to create interactive websites, and WeThinkCode believes that learning JavaScript is a must if you wish to get into web development or front-end development.

CodeSpace said that the invention of node.js has ensured that JavaScript has become a relatively popular back-end language, too.

We are a locally based job site for Jobs in South Africa. The CompuJobs job portal is your all in one recruitment solution. Whether you are a candidate seeking a new job or a recruiter looking to hire staff, we are here to help you achieve your objectives.

CompuJobs Job Portal – Your #1 resource for the best jobs in South Africa.